Greg Perez, Former Beverage Director and partner at Monkey’s Tail cocktail bar and veteran of the Houston restaurant Lyle Bento, Former Chef / Owner of Southern Goods, Team Up To Post Front Page News. The duo has formed Night moves hospitality. The new collective, which includes several former members of the Monkey’s Tail team, plans to open two bar and restaurant concepts in the next few months and is developing two more that are expected to debut later in 2021.

The opening is planned for the end of April Space cowboy, a bar and an island-themed restaurant in Heights House Hotel, The retro modern boutique hotel at 100 West Cavalcade. The food will be inspired by Bento’s years in Hawaii, but also add to it Yucatan and Polynesian influences add to the mix. For those waiting for the thunder, the tropical cocktail program is directed by Samantha Ruiz, who owned the Palace Party Beverage Company prior to working at Monkey’s Tail, and Karen Cervantes, a Mexican native of Veracruz, studied hotel management at Houston Community College and are currently earning a bachelor’s degree in biochemistry.

Shortly after the opening of Space Cowboy (just in time for the sweet summer), the team will make its debut Trash Panda Drinking Club at the former location of Edison & Patton in 4203 Edison. This bar and restaurant with plenty of indoor and outdoor seating across from Gerardo’s (Houston’s longtime go-to place for barbacoa) serves Bento’s spiced Mediterranean classics and drinks designed by Logan Pollack, who was behind the stick at Flying Saucer, Cottonwood, and Monkey’s Tail and Matthew McEwan, previously with Calle Onze, Edison & Patton and Monkey’s Tail. 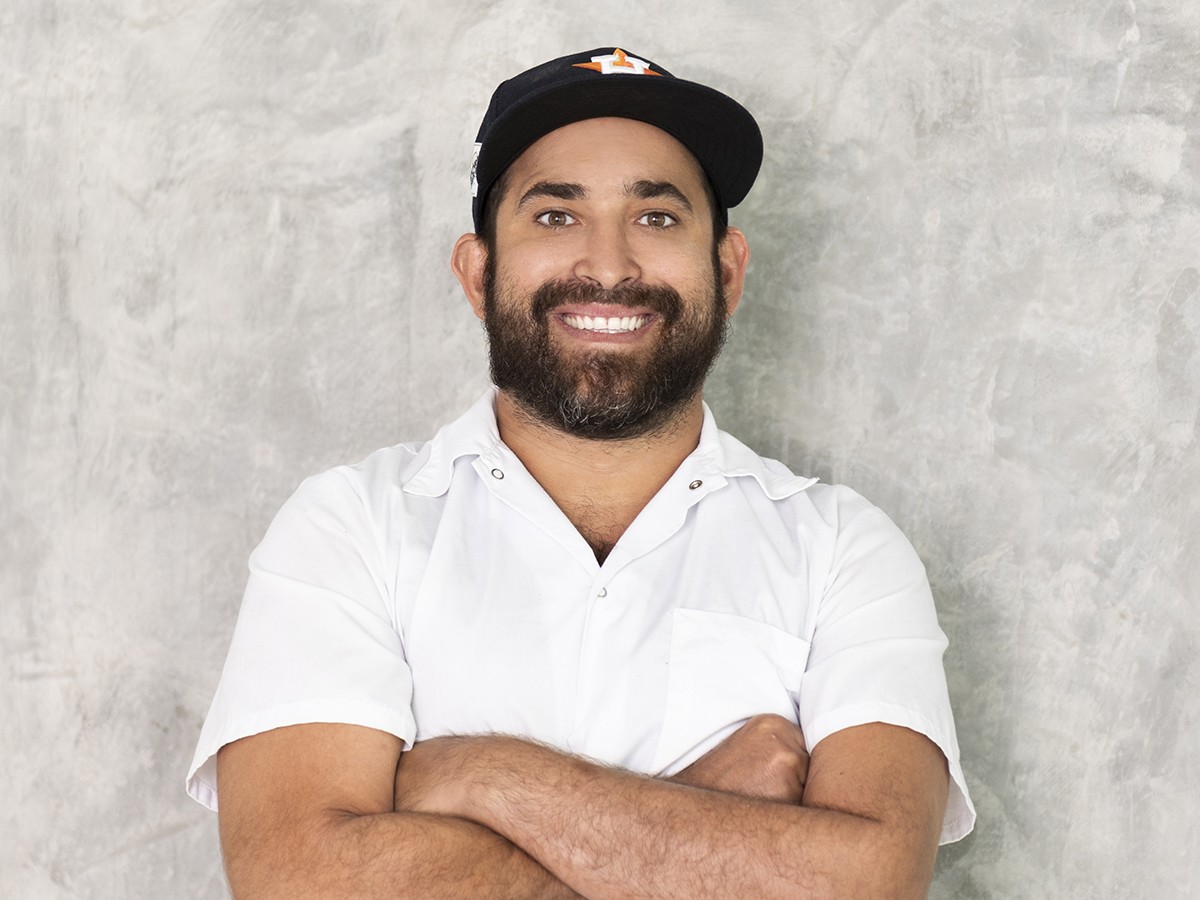 Bento is a well-known chef to many Houston diners, having started at Rainbow Lodge and Stella Sola before working at Feast and Underbelly. In 2015, he opened the popular Southern Goods before it was tragically closed by a fire. There he coordinated supply trips and provided the victims of Hurricane Harvey in Houston and Beaumont with meals, cleaning products, baby items and meals. After the fire at Southern Goods, Bento returned to Underbelly Hospitality as head chef. In 2018 he became the culinary director of Sambrooks Management Company and helped open 1751 Sea & Bar before abruptly departing in September 2019.

Perez, who served as the assistant soccer coach at Houston Baptist University, made a name for himself in the Houston bar and restaurant scene as a beverage director for Edison & Patton, a now-closed business near Northside, and Calle Onze, an upscale one Heights Tex-Mex restaurant. He then helped open Monkey’s Tail, a cocktail bar in Lindale Park where he grew up. Under his direction, Monkey’s Tail was a 2020 Tales of the Cocktail regional finalist for Best New American Cocktail Bar.

In a statement, Perez said: “This is a collective effort. I am very happy about the team that we have on site. Lyle is in charge of the food, and the kids do a lot of the work on the drinks side, creating the menus, choosing decor and furnishings, and customizing the concepts to suit their personalities. It’s a talented and hungry group. We will have lots of fun. “